"We, no less than they, are sinners"

No, that's not the statement, but it tells you where this is going.
--
I ran across this a few times lately and finally decided to Check it out. 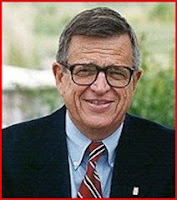 Founded by anti-gay hate monger, Chuck Colson, and drafted by himself, Robert George and Timothy George.

The Manhattan Declaration has a preamble, a declaration, and follows with articles on "life" "marriage" and "religious liberty," and boasts of nearly half a million signatories.

Naturally I was drawn to the section on marriage, to see what was being said about me homsexuality.

They begin with a couple of Bible verses, here's one of them:

The man said, "This is now bone of my bones and flesh of my flesh; she shall be called woman, for she was taken out of man." For this reason a man will leave his father and mother and be united to his wife, and they will become one flesh. Genesis 2:23-24

They then soften us up with some “acknowledgement” of mistakes (without the anti-gay parts):

We confess with sadness that Christians and our institutions have too often scandalously failed to uphold the institution of marriage ... we have too easily embraced the culture of divorce ... we repent, and call upon all Christians to do the same.

And then proceed to bash gay-marriage.

The impulse to redefine marriage in order to recognize same-sex [marriage] ... would lock into place the false and destructive belief that marriage is all about romance and other adult satisfactions, and not, in any intrinsic way, about procreation..."

Yes, I'm sure "romance" and "adult satisfactions" are the reasons why so many gay couples want to adopt.

We'll get back to that "procreation" song and dancee thing later.

Yes, I felt more "dignified" by the syllable.

There's really nothing quite like having someone express their love and support for you than by characterizing the most precious moments of your life, shared with someone you love more than life itself, as a matter of good and evil.

Marriage is what one man and one woman establish when, forsaking all others and pledging lifelong commitment, they found a sharing of life at every level of being—the biological, the emotional, the dispositional, the rational, the spiritual— on a commitment that is sealed, completed and actualized by loving sexual intercourse in which the spouses become one flesh, not in some merely metaphorical sense, but by fulfilling together the behavioral conditions of procreation.

That is why in the Christian tradition, and historically in Western law, consummated marriages are not dissoluble or annullable on the ground of infertility, even though the nature of the marital relationship is shaped and structured by its intrinsic orientation to the great good of procreation.

So, in order to blunt the accusation of hypocrisy in regard to having no problem with non-procreative heterosexual-marriages, they now maintain that gays shouldn't be able to marry because LGBT-sex DOESN'T LOOK LIKE hetero-sex?

…the assumption that the legal status of one set of marriage relationships affects no other would not only argue for same sex partnerships;

it could be asserted with equal validity for polyamorous partnerships, polygamous households, even adult brothers, sisters, or brothers and sisters living in incestuous relationships. Should these, as a matter of equality or civil rights, be recognized as lawful marriages, and would they have no effects on other relationships? No.

No. No it could not be asserted with equal validity.

This argument states that should one event occur, so will other harmful events. There is no proof made that the harmful events are caused by the first event.

So there's that, plus all this stuff:

-Given that incest is Biblically-approved (see Genesis), why would you even have a problem with incestuous marriage?

-Unlike same-gender attraction, being attracted to one's siblings is NOT a sexual orientation.

-There are direct social consequences to the legalization of incestuous marriage.

If the family unit, as you say, is indeed the cornerstone of society, then the home should the safest place. Legalizing incestuous marriages could fundamentally undermine the perceived sincerity of familial affection.

On to polygamy and Polyamory:

-slippery slope fallacy
-Polygamy, also God approved
-The desire to marry ONE partner is not the same as the desire to marry additional partners
-Also, there are direct social consequences of legalizing polygamous marriages.

The wealthiest would marry up hundreds if not thousands of potential mates for other men. Marriage would become a highly coveted privilege. Now add an ocean of testosterone with no place to go. The incidences of rape and molestation would skyrocket.
--
And while we’re at it, whenever they compare the “sin” of homosexuality with the “sin” of adultery, they’re comparing having a partner with cheating on one’s partner.
---
I am left to conclude one of three things about the drafters and many, if not most of the signatories of this "Declaration."

1. They know these arguments are bogus and are fully aware that they are lying.
2. They just don't care about the truth.
3. They really are that stupid. 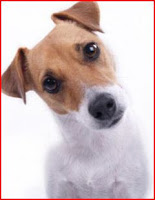 Inquiring eyes want to know.
Posted by Unknown at 12:17 PM